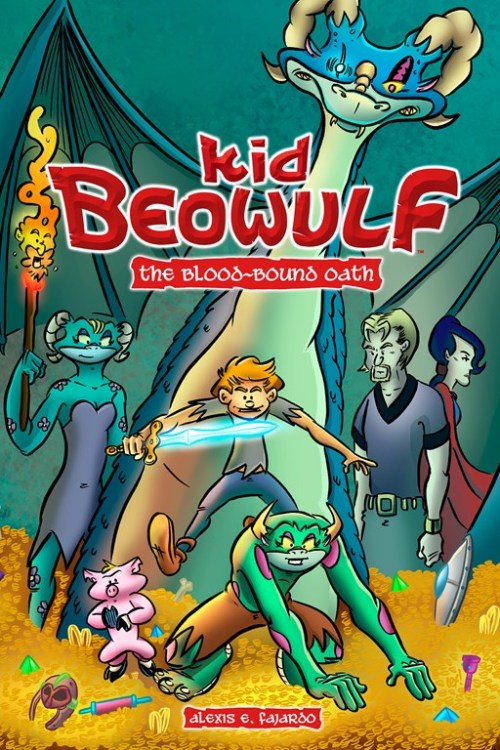 Why I picked it up: I’m sometimes leery of a reworking of the classics, but this one piqued my interest.

Why I finished it: This comic has a little bit of something for everyone: adventure, action, mystery, and more. It takes what we know about the classic poem and makes it into a much more universally understood story about the first European peoples, their thirst for power, and how desire can ruin even the best intentions. The story traces back to Beowulf’s grandfather, King Hrothgar (pronounced Roth-gar), who makes a deal with a dragon in order to gain power to rule. The first couple of chapters are pretty standard myth, really: betrayal, cheating, stealing, sleeping around, uneasy truces. It’s the last chapter that really has most of the meat to it, since that is when we meet young Beowulf and Grendel. Both are unaware of the other’s existence, both having lived their separate lives until they are both captured and offered as entertainment for the Heathobards (the clan at war with the Danes, the clan of their grandfather). Besides the apparent lesson of being careful what you wish for, there’s also an element of think before you act that runs through much of the story. Again, nothing we haven’t heard before, but something about the way Farjado is presenting the story makes it seem a little less in-your face. I’m loving the art in this comic as well – for being such a serious story, Farjadas has infused bursts of color to give it almost a jaunty, fun feeling that draws you in. It gives the characters a more figurative color and we feel more attached to them. I’m so excited for this series and I can’t wait to read more!