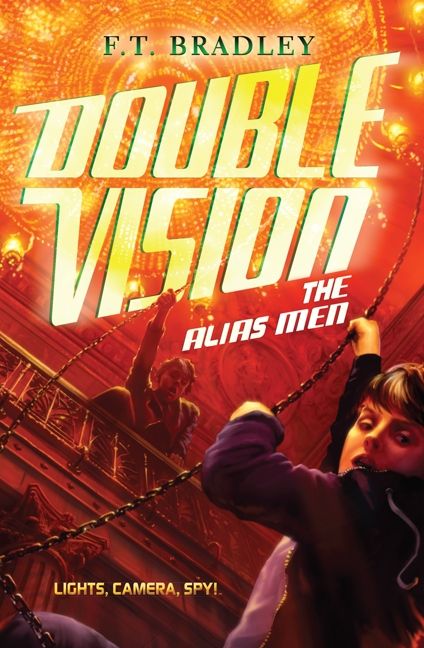 Synopsis: After his last mission, Linc thought his undercover junior agent days were behind him and tons of boring studying ahead of him. But when supersecret government agency Pandora wants your help, you don’t exactly have a choice. Sinister criminal Ethan Melais is on the loose in Tinseltown, and it’s up to Linc to find him. But while he’s on the job, Linc is snagged by a famous director to star in a movie. Add “trying to impress the cute Hollywood starlet Savannah Stone” to Linc’s to-do list and this mission has suddenly become more complicated. As always, Linc’s look-alike agent nemesis, Ben Green, is hot on Linc’s heels, and time is running out. Can Linc nab the thief, charm Savannah, and beat Ben at his own game? – from Amazon.com

Why I picked it up: This trilogy came back up on my radar when I was searching for a good fast-paced mystery at my library.

Why I finished it: This book has everything readers love about spy novels: action, intrigue, mystery, and lots of twists and turns along the way. What Linc thought was going to be an uneventful weekend at the Baker family reunion quickly escalates into an adventure of Hollywood proportions. Recruited to capture a man of many faces while trying out his newly discovered acting skills, Linc is surprised just how many angles a case can take. “Bond Girl” Savannah Stone’s movie history and industry knowledge proves invaluable to Linc in his mission to make it as an actor and uncover clues that will help them uncover the identity of Ethan Melais and retrieve Chaplin’s bowler hat. Alias Men is a thrilling conclusion to the trilogy that will keep readers engaged from page one and fuel their own secret agent adventures here in the real world.